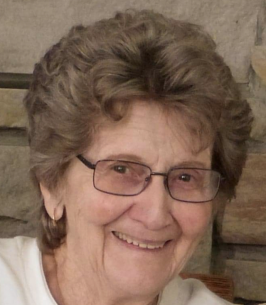 Mom passed away peacefully at the Algoma Manor in Thessalon, Ontario, at the age of 90.

Loving daughter of the late Hjelmer and Margetta Peterson of Radville, Saskatchewan.

Mom will be missed by many nieces and nephews, extended families and friends.

Family and friends are invited to visit between 1pm and 3pm at the Church of Christ, 9 Albert Street, Thessalon, on March 3, 2022 with funeral service to follow. Chris Wright officiating. Interment in the spring at Maple Ridge Cemetery.

In lieu of flowers, donations can be made to North Shore Health Network Auxiliary, Thessalon Site or to ARCH at www.archhospice.ca